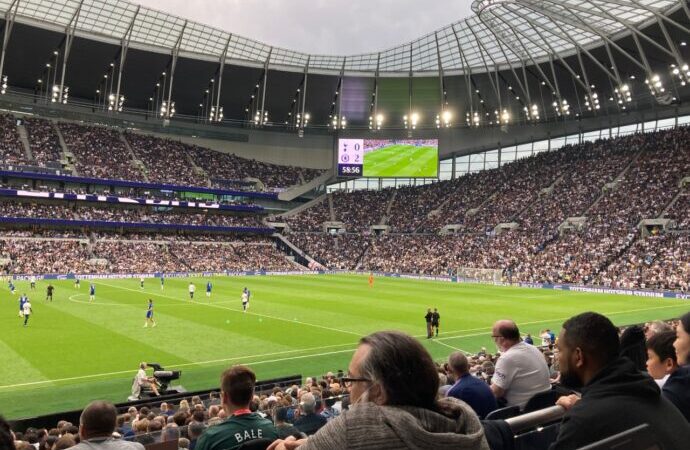 Spurs were already trailing 2-0 to Chelsea at White Hart Lane when – with 20 minutes remaining – Thomas Tuchel brought on Timo Werner as a sub for Kai Havertz. “He’s bringing Werner on,” I said helpfully to a Tottenham journalist with his head buried in his laptop, who was sitting alongside me in the

Spurs were already trailing 2-0 to Chelsea at White Hart Lane when – with 20 minutes remaining – Thomas Tuchel brought on Timo Werner as a sub for Kai Havertz.

“He’s bringing Werner on,” I said helpfully to a Tottenham journalist with his head buried in his laptop, who was sitting alongside me in the press seats.

“Tuchel must think the game’s already won,” he grunted.

And indeed it was. After a sterile first half, when Spurs actually showed some glimpses of promise with impressive runs by Heung-Min Son, the goals began flowing after the break.

The corner count was 4-0 in Spurs’ favour in the first 20 minutes of the match, reflecting their greater threat, but the absence of goals (or any serious likelihood of goals) meant the match was still too close to call at half-time.

What changed, however, was the substitution of N’Golo Kante for Mason Mount at the start of the second half.

Kante was given free rein to buzz around the midfield like a wasp at a picnic… and from Tottenham’s perspective, every bit as annoying. 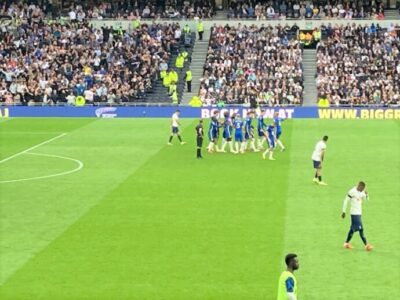 He roved, he pestered, he picked pockets and set up attacks, although it was central defender Thiago Silva who achieved the breakthrough on 49 minutes, rising to glance Marcos Alonso’s corner home.

Kante himself scored the second, but it was really a freak own goal. The little pest rarely scores, but he decided to take aim from distance after 57 minutes. The ball struck Eric Dier’s leg and completely wrong-footed Hugo Lloris before bouncing in off the post. Chelsea’s players ran over to the corner to celebrate with their fans, before being shooed back to the centre circle by ref Paul Tierney (above).

Chelsea are the masters of tight spaces under Tuchel. The quick interplay and short, accurate passes bamboozle opponents and can really be summed up as the Tuchel way.

Tottenham huffed and puffed, but even after Nuno Espirito Santo had juggled his formation and players in the second half, Kepa Arrizabalaga (gaining a morale-boosting clean sheet with Eddy Mendy recovering from injury) wasn’t troubled.

Many Spurs’ fans had had enough even before sub Werner pulled the ball back from the byeline to allow Tony Rudiger to fire home the third, two minutes into stoppage time.

Had it not been for a heroic display between the sticks by Tottenham captain Lloris, this could have equalled Chelsea’s famous 6-1 win at the old Spurs stadium, a result which Blues fans enjoyed reminding their rivals about in regular chants.

Despite having had changes forced upon him, Tuchel has proved that his playing methods and his obsession with total concentration infuse every man in his squad, whether a regular or an occasional. 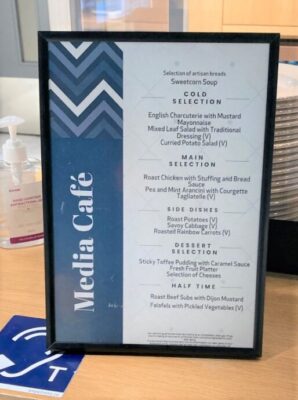 Spare a thought for the poor journalists having to cover Spurs v Chelsea. This was the impressive press room menu

On Wednesday night, when Aston Villa visit the Bridge in the League Cup, there will be wholesale changes to the line-up as some second-string players get a start.

Expect to see Ben Chilwell, Hakim Ziyech, Callum Hudson-Odoi, Saul Niguez, Trevoh Chalobah and Timo Werner starting, to save some of the big guns for Man City’s visit to west London next weekend.