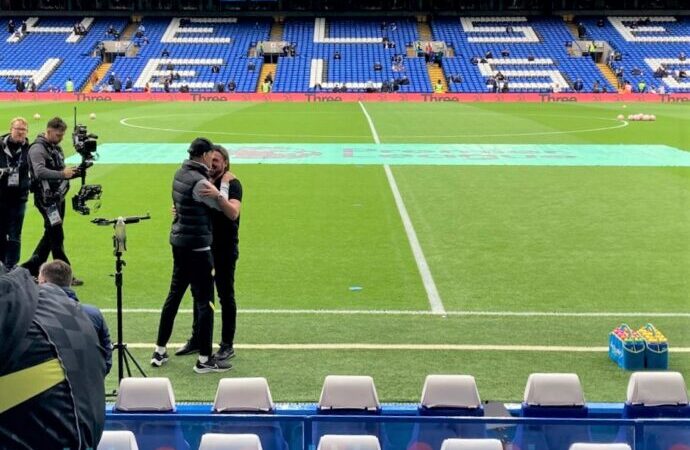 Shall we dance? Thomas Tuchel and Daniel Farke enjoy a tender embrace and an animated chat ahead of the demolition of Norwich City as top team met bottom in as one-sided a contest as you’ll ever find in the Premier League. At the final whistle it was 7-0 to Chelsea.

Shall we dance? Thomas Tuchel and Daniel Farke enjoy a tender embrace and an animated chat ahead of the demolition of Norwich City as top team met bottom in as one-sided a contest as you’ll ever find in the Premier League. At the final whistle it was 7-0 to Chelsea. 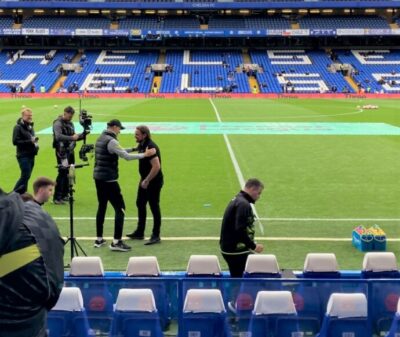 Even though the Canaries ended up with 10 men as Ben Gibson collected two yellows for late tackles, this was a one-sided affair.

Chelsea, without the injured Romelu Lukaku and Timo Werner, approached the match as if their lives depended on it. Norwich, on the other hand, are so low in confidence, without a win all season, that you feared the worst after eight minutes when Mason Mount fired home a volley after Callum Hudson-Odoi had crossed the ball. It ended a scoring drought of 25 matches for club and country.

Hudson-Odoi added the second, 10 minutes later, as Mateo Kovacic sent a beautifully weighted pass through to him. By halftime it was 3-0, thanks to Reece James’s neat flick over keeper Tim Krul.

You felt for the Norwich goalie on a day like this. He made several excellent saves (notably tipping a second-half effort by sub Hakim Ziyech over the bar), but he could do little to stop Ben Chilwell making it 4-0 on 57 minutes, again fed by Kovacic.

Gibson picked up his first booking two minutes before that goal, and precisely 10 minutes later collected his second for a rash lunge at James. He trudged off as Chelsea fans were still celebrating goal number five; a Hudson-Odoi shot that took a big deflection off a defender on the way in.

Nine minutes from time the Blues won a penalty after Mathias Normann handled in the area. At first ref Andrew Madley waved it away, but the appeals from players and fans at the Matthew Harding end were so vociferous that VAR checked and confirmed that it was, indeed, a spot kick.

Up stepped Mount, and Krul saved. Only for another VAR check to confirm that both the keeper’s feet had left the line ahead of the kick. Mount retook, and scored his second.

There was still time for his hat-trick, and Chelsea’s seventh. Ruben Loftus-Cheek flew down the right wing, and squared for Mount to convert. Yet another VAR check took place, to ensure there was no offside, and that was that. SEVEN NIL. 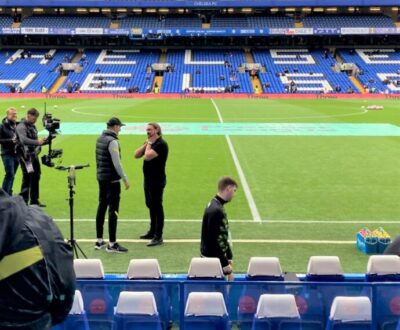