Beware of the Wolf! 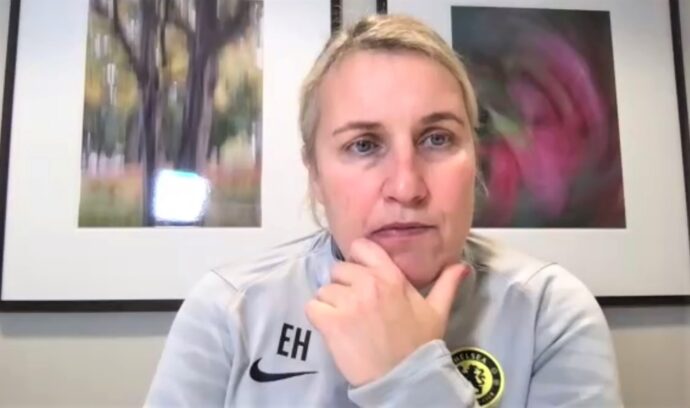 In light of their current stuttering form (by their own high standards) Chelsea have a tricky away game tonight in Germany in the Women’s Champions League… with two squad members testing positive for Covid and not travelling with the rest of the group. First-choice goalie Ann-Katrin Berger and Drew Spence have failed tests for the

In light of their current stuttering form (by their own high standards) Chelsea have a tricky away game tonight in Germany in the Women’s Champions League… with two squad members testing positive for Covid and not travelling with the rest of the group.

First-choice goalie Ann-Katrin Berger and Drew Spence have failed tests for the virus and are isolating, while Maren Mjelde and Lauren James were not deemed fully fit for the journey.

“Omicron is everywhere; all parts of society are affected. We’ve kept the players outside, and even here the players will remain in their rooms. Thicker masks, more space on the coach and plane… you cannot prevent it, you can just minimise the impact. Everyone across the squad has been doubly vaccinated,” said manager Emma Hayes.

Yet captain Magda Eriksson remains upbeat, although their home tie against the German women resulted in a 3-3 draw.

“I think we can go into the game with confidence, despite recent results,” said Magda after the flight to Braunschweig. “It will be tough, but if we stay positive and confident in the team, and do the right things on the pitch, the result will follow.”

The Blues go into the match in one of their worst runs of form in recent months, with a draw and a defeat eclipsing the glory of a seemingly effortless victory in the delayed FA Cup final at Wembley the previous weekend.

“I feel the hunger in the team. We are so used to winning games, and when things don’t go our way we are so pumped up and will focus on doing better; everyone sticking to their tasks and believing the result will come,” added Magda, describing recent results as “a little setback”. 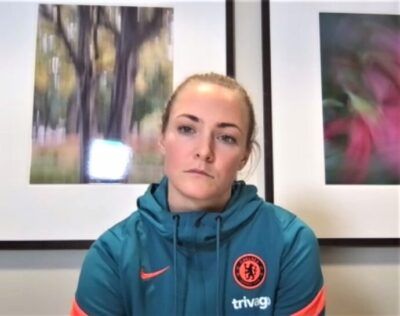 She attributed the dip in form to bad luck, players holding different positions, lack of concentration – a “cocktail of reasons”.

She said it was “a shame” that Chelsea’s fans were banned – for Covid reasons – from travelling out to Germany to watch the match, but hoped fans would watch the game on telly.

Manager Emma Hayes knows that Thursday evening’s game is one of the toughest of all, but is also approaching it in an upbeat frame of mind, despite such setbacks as defeat to Reading.

“We’ve had a lot of games in quick succession, and we’re looking forward to it. We do enjoy our games against Wolfsburg. I’ve always maintained we had the toughest group. We have to convert the chances we’re creating for the team,” she said.

“We want to make progress in the competition; we’re fully focused on qualifying and I’m sure we’ll be 100% in the match. The group knows what they need to do.”

She said that the team would warm-up playing the appropriate Herman the German, a curious little routine involving everyone taking six touches before passing the ball to a teammate in a zonal setting. It’s a game that has been part of Hayes’ routine since her days as a tracksuited deputy on the touchlines for Arsenal Women, lightyears ago.

Chelsea just need a draw tonight, but Wolfsburg are chasing a win.