Blues look to the west 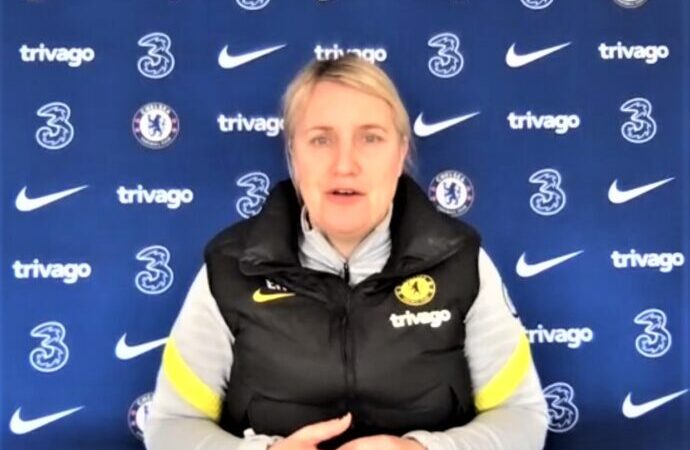 With Chelsea Women hosting Reading on Sunday, while the men welcome Brentford, no one is having to travel too far for their football as the icy winds encircle the capital. Kingsmeadow is the stage for Chelsea v Reading on Sunday evening at the strange time of 6.45pm, with the Blues and the Gunners now potentially

With Chelsea Women hosting Reading on Sunday, while the men welcome Brentford, no one is having to travel too far for their football as the icy winds encircle the capital.

Kingsmeadow is the stage for Chelsea v Reading on Sunday evening at the strange time of 6.45pm, with the Blues and the Gunners now potentially jumping over each other at each fixture from now until the end of the season.

Chelsea lost the reverse fixture against Reading back in December, their first defeat to the Royals in WSL history.

But since losing 3-2 to Arsenal on matchday one, Chelsea have lost only once in their last 16 league games, conceding four goals and keeping 12 clean sheets in the process. Chelsea have conceded fewer goals (seven) and kept more clean sheets (12) than any other side in the competition this term.

Chelsea are unbeaten in their last 12 home league games, keeping a clean sheet in 11 of those games and in each of the last six in a row. In fact, no side has kept a clean sheet in seven consecutive home games in WSL history.

It’s a match that pitches two experienced managers against each other as only Emma Hayes, pictured, with Chelsea (163) has managed more FA WSL games with a single side than Kelly Chambers with Reading (116).

Hayes is pumped up for the game. “Reading defend so well as a unit; part of the reason we lost to them! We can’t afford to lose any more games [if we’re going to win the WSL]. You have to grind results out, but we’re used to being in this position and you don’t feel the pressure,” she said.

Asked about Arsenal being knocked out of Europe by Wolfsburg, Hayes was succinct. “It’s not my problem!”

Sam Kerr has the best minutes-per-goal ratio of any player in WSL history, with the Australian striker averaging a goal every 82 minutes (36 goals in 2936 minutes played).

The good news is that sanctions against Chelsea Women’s team have been lifted so that ticket sales can resume. Hayes said she hoped ticket sales would boost the team as she holds great store by the effect the crowd can have.

Hayes said that Lauren James, who scored her first goal for the Blues last week, remained “a long-term prospect for us” rather than being used as a starter in the season’s remaining games.

Asked about how she’ll approach the final weeks of the football year, Hayes was positive and determined. “We just have to stay in our lane and let the results take care of themselves,” she said.

There’s less certainty about the effect of sanctions on the men’s side, with only cup games and European clashes (such as the mouth-watering fixture against Real Madrid at the Bridge on Wednesday night) properly exempt from limitations. No one’s too certain if match programmes will reappear, with many predicting that their long-term demise will be hastened by the current restrictions in SW6.

Brentford’s visit is an interesting one on paper. Thomas Tuchel hasn’t experienced that many Saturday 3pm kick-offs, as TV distorts match timings, while the chilly wind gives this west London derby a wintry feel.