The power of Monsters 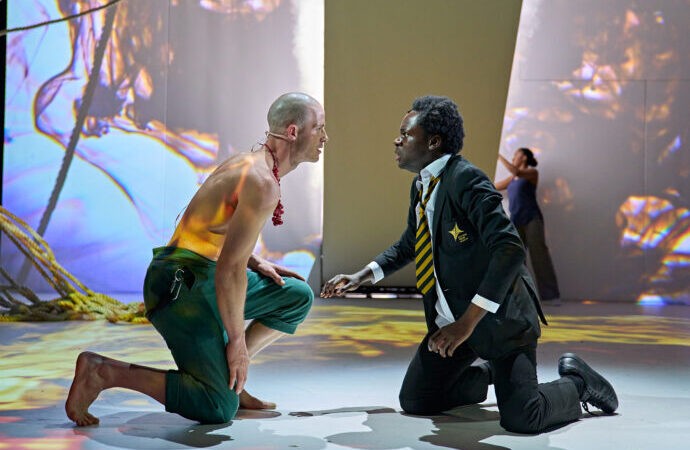 Kingston’s Rose Theatre is cementing its reputation for bold, energetic and innovative drama with its latest stage show, A Monster Calls, which tackles a string of challenging issues in an accomplished way. The production is on a grand tour, but anyone who catches it at the riverside theatre in the High Street is likely to

Kingston’s Rose Theatre is cementing its reputation for bold, energetic and innovative drama with its latest stage show, A Monster Calls, which tackles a string of challenging issues in an accomplished way.

The production is on a grand tour, but anyone who catches it at the riverside theatre in the High Street is likely to remember it for a while to come.

It weaves together several distinct themes, including the heartbreak of losing a close relative to a terminal illness, the mysterious bond between humans and nature, how to cope with bullying, and the power and resilience of relationships. No wonder the large school-age contingent present in the auditorium for press night were rapt. 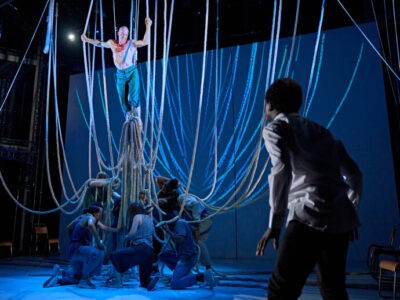 And rapt they were. I sneaked a quick glance around the rows of seats as the show reached its climax; no one was moving, no one was twitching, no one was doing anything except focusing completely on the stark stage and its multi-purpose array of dangling ropes. The ability of drama to affect us was plain to see.

An adaptation of a novel by Patrick Ness, A Monster Calls has a short run (until April 9) before it moves on to its next port of call.

The show centres on a 13-year-old, Conor, who is understandably distressed by his mother’s deteriorating medical condition. Layered on top of that is the bullying he’s experiencing at school, and the nightmares he’s experiencing in which he is visited by the spirit of a yew tree.

So strong are the themes in the production that the local branch of mental health charity Mind is standing by after some of the performances to offer counselling. 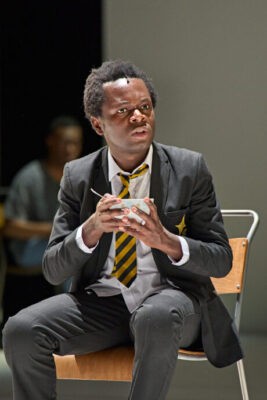 Anthony Aje plays the boy, Bridgette Amofah the mother, and Keith Gilmore the haunting spirit of the tree – an intense and physical role that Gilmore handles impressively.

Sally Cookson adapts and directs a show which is superbly choreographed. It incorporates music (Luke Potter and Seamas Carey perform from a lofty perch, then quite rightly join the cast on stage for the curtain call) and dance, mime and special effects. These include blinding flashes of light which come as a bit of a shock, and are actually painful on the eyes. It’s a little disturbing that there’s no warning about them ahead of time. Ordinarily such a series of jolting light bursts would be flagged up in a programme note… but this show is experimenting with a digital download instead of a sold physical programme. 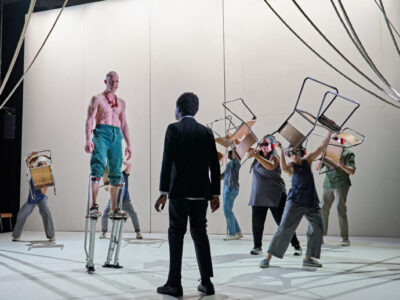 Special mention to Greg Bernstein as the menacing school bully and Anita Reynolds as the gran… but the sustained applause goes to Aje and Gilmore, whose concentration and acting skills grip like a vice.

You can book by calling 020 8174 0090 or visiting https://rosetheatre.org/whats-on/a-monster-calls/book-tickets