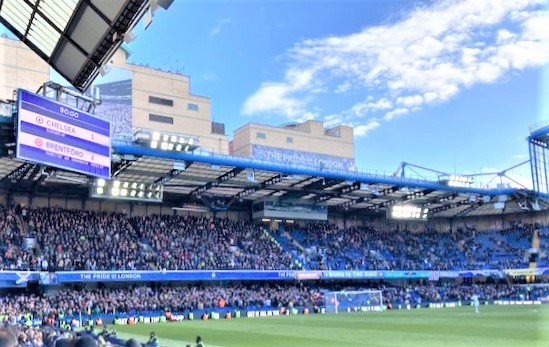 ‘We’re staying up,’ chanted the Brentford fans, gathered at the Shed end of Stamford Bridge after they took the lead against a Chelsea team who suddenly relaxed in a warm bath of complacency after scoring first in Saturday’s west London derby. Never mind merely staying up… Brentford looked more like the champions of Europe than

‘We’re staying up,’ chanted the Brentford fans, gathered at the Shed end of Stamford Bridge after they took the lead against a Chelsea team who suddenly relaxed in a warm bath of complacency after scoring first in Saturday’s west London derby.

Never mind merely staying up… Brentford looked more like the champions of Europe than Chelsea. 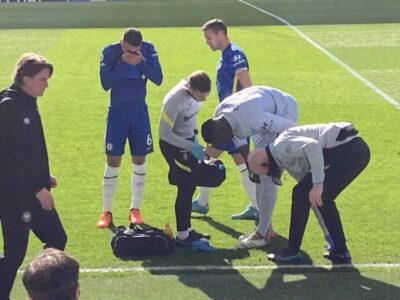 Shipping four goals in 40 minutes suggests Real Madrid will have a breeze when they bowl up to the Bridge on Wednesday, because this was a capitulation of epic proportions.

The crazy thing was that Chelsea’s opener after a goalless first half will probably win goal of the month. Tony Rudiger, venturing forward in the 48th minute, let fly with his right foot from 30 yards, and the ball grazed the inside of the post as it flew in. 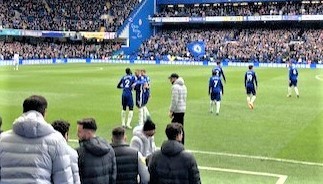 It’s all smiles as Tony Rudiger celebrates scoring, but it was all about to fall apart for the Blues

The defender sprinted all the way back to the touchline to embrace Thomas Tuchel, and the stadium basked in the replays on the big screen. Job done. Routine 1-0 home win achieved. Let’s relax.

Two minutes later it was 1-1 as Vitaly Janelt levelled. Four minutes after that it was 1-2 to Brentford after Bryan Mbeumo provided the perfect cross to allow Christian Eriksen, the Lazarus of the modern game, to score.

Eriksen’s positional play, pinpoint passes and leadership skills set him apart on the pitch as the Bees continued to believe and – urged on by Thomas Frank on the touchline – kept banging on Chelsea’s creaking door.

When the Bees’ third goal hit the back of the net (Janelt again, this time a cute dink), the shocked Chelsea fans began thinking of all the things they had to do at home, and started heading for the exits.

The fact that, with half an hour remaining, those fans couldn’t see a way back spoke volumes.

Chelsea did attack again. Indeed, Kai Havertz got the ball in the net, but there had been a handball in the build-up and it was ruled out.

With three minutes of normal time remaining, a fourth goal flew in from sub Yoane Wissa and Brentford had achieved their first win against Chelsea since the start of the Second World War.

In other recent meetings between the sides, the Bees had shown their counterattacking threat… but they just didn’t get the rub of the green at crucial moments.

Perhaps belief was also lacking in games when the Blues sneaked wins against the run of play. But Eriksen provided that belief on Saturday.

Heaven knows what the scouts from Madrid made of it all after arriving in London a few days before Wednesday’s clash at the Bridge.

But Chelsea’s fans meandered back to Fulham Broadway tube like a tribe of zombies, unable to quite fathom why a game that seemed to have been won by an early second-half goal had gone awry so badly.

The Bees wanted this win so much, and they got what they deserved.