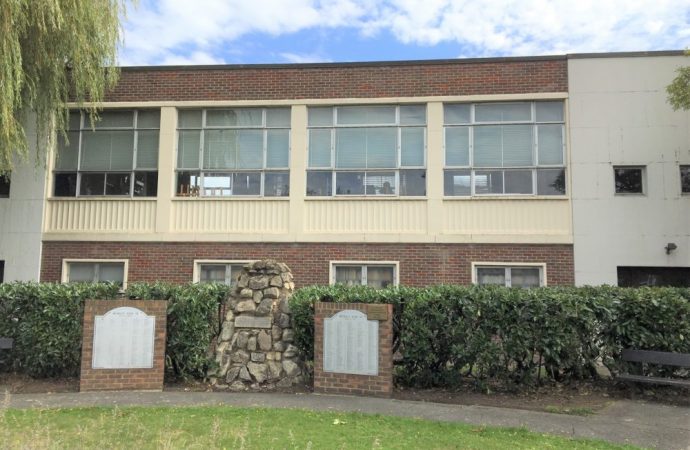 An olive branch has been extended to the clubs and societies who lost their home following last month’s abrupt decision to end the hiring of Surbiton’s well-used library hall. In a message of conciliation and compromise, Kingston Council’s leader has apologised for the way the matter was handled, and has pledged to work to find

An olive branch has been extended to the clubs and societies who lost their home following last month’s abrupt decision to end the hiring of Surbiton’s well-used library hall.

In a message of conciliation and compromise, Kingston Council’s leader has apologised for the way the matter was handled, and has pledged to work to find suitable space for the displaced groups.

“I’m really sorry about the way Surbiton hall users were told that they could no longer use Surbiton library hall, and fully accept the situation could have been handled better,” said Cllr Caroline Kerr. “We are now working hard with all the organisations that are affected to accommodate their activities.”

The council’s hall-hiring contractor Engie sent a brusque mass email on August 11 to 30 groups which regularly used the meeting space alongside Surbiton Library in Ewell Road, telling them that a building constructed for community lettings in 1964 was no longer available.

A domino effect led to that sudden decision. When the King Charles Centre at the corner of Hollyfield and King Charles roads was sold to create a new school, the borough’s adult education courses needed alternative premises. The plan was to house them in Guildhall 1, behind the main Guildhall in Kingston. Then Covid intervened, and the Guildhall 1 rooms were deemed unsuitable for safe, socially distanced use.

A hasty ‘Plan B’ was hatched, involving relocation of some classes to Surbiton and Hook library halls, which in turn bumped long-term hirers from the familiar spaces some had called home for half a century.

Cllr Kerr added: “The reason we need to use the space at Surbiton library hall is because the King Charles Centre is to be used to provide a much-needed new school, and therefore we have to find a new home for lots of our adult education courses.” 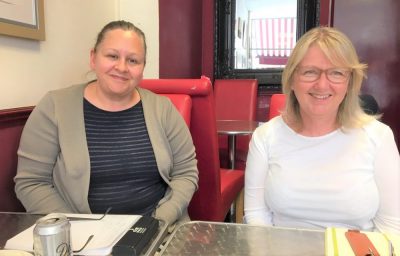 That is likely to involve backtracking on the blanket blocking of Surbiton library hall to hirers, but will require one-to-one negotiations with groups that may entail compromises on established hire dates.

“We’ve asked officers and Engie to go back and look again, to compromise and come up with alternatives,” said Cllr Schaper (left). “They’ve accepted that they could have done much better, and are now reviewing.”

Both she and Cllr Holt have pledged to do all in their power to restore the bruised faith of hirers, and support the societies and groups which form such valued strands of Surbiton’s community life.

Groups affected include archaeologists, train enthusiasts, poets, bird watchers, historians, rugby tots, young embroiderers, stamp collectors, yoga aficionados and tap dancers. For some, the sudden withdrawal of their meeting space has forced them to throw in the towel in a year already blighted by coronavirus.

The library hall was built behind the town’s war memorial in 1964; one of the last acts of Surbiton Council before it was absorbed into Kingston borough. It has a main hall which can comfortably seat 100.

Among the adult education courses relocated to the building (with classes starting this month) are flower-arranging, art and photography. A statement on the council’s website says that Kingston Adult Education provides “a wide range of learning and training opportunities for more than 2,500 people per year, now delivered through a mix of online learning and courses in about 30 venues across the borough”.

It adds: “In the majority of cases, sessions that were located at the King Charles Centre can be run at other locations. However, some sessions will now take place at Surbiton library hall, and this does have an impact on a number of groups hiring that venue.

“We are sorry to these groups for the way they were initially told about these changes. We have been contacting all the groups so we can work with them to find agreeable solutions and to apologise for any inconvenience caused.”

For the full updated information on hall hire, click HERE